Watch Out for 3 Foods on a Gluten-Free Diet 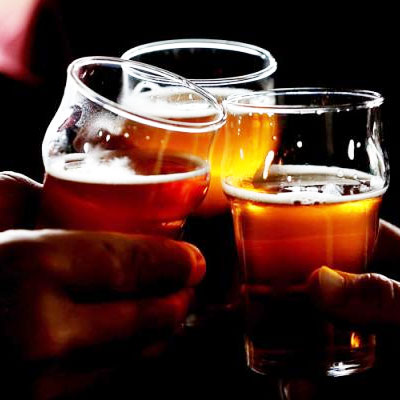 But not every gluten-free food is, well, gluten-free. And some that are have side effects that should make you think twice about making them a regular part of your diet. Like what?

With a rise in the number of people with a sensitivity or allergy to gluten, beer manufacturers have been experimenting with different ingredients to create beer for this population. Gluten-free beers pass the test and appear safe to drink for the gluten-free crowd.

But there’s another brewing process that isn’t. Gluten-removed beers. These beers are made with barley and go through a process designed to break down gluten proteins. The finished product contains very little gluten, but it can still pose a problem for someone with Celiac disease or high sensitivity to gluten, according to a recent study.

It’s a gluten-free grain. Right? And it’s a staple for a lot of people with Celiac disease or a gluten sensitivity that sometimes works as an alternative to bread. But what if you eat a lot of rice?

That’s what researchers at the University of Illinois wanted to find out. They looked at labwork for 73 people who followed a gluten-free diet. And what they found might surprise you.

Just because a package of oats is labeled gluten-free doesn’t mean it’s 100 percent gluten free. It just has to have less than 20 parts per million of gluten, according to the U.S. Food and Drug Administration. If you’re highly sensitive to gluten, even that small amount can be a problem.

And AOAC International is on a mission to change that. A research group is currently working with food manufacturers like General Mills, Quaker Oats, Grain Millers, and others to refine the process for making gluten-free oats.

When you’re on a mission to avoid gluten, you don’t want to take a chance on foods that might cause a negative reaction. We have a loyal following who have enjoyed our Gluten-Free meal delivery for more than a decade. Take a look at the menu, and we think you will too.