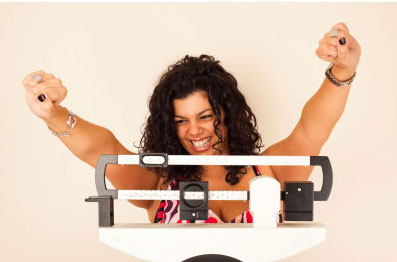 Need to lose weight, but not sure which diet to follow? You’re not alone.

An estimated 71 percent of all adults in the United States are overweight or obese, according to the Centers for Disease Control and Prevention. And it’s a catch 22. Diabetes can lead to obesity, and obesity can lead to diabetes.

If you’ve tried to figure out what to eat by asking your favorite digital personality (Siri, Alexa, or Google), to help you find “top diets for diabetics,” you might have been overwhelmed my millions of results. That’s a lot of information to digest when all you really want is an easy-to-follow diet that’s healthy, and helps you lose weight and control blood sugar levels at the same time.

So what should your diet look like when you have diabetes and you want to lose weight? It’s pretty simple. Eat more whole foods and fewer processed foods high in sugar and empty calories.

Need a visual? A healthy diet that will support your weight-loss goals when you are diabetic looks like this: Fruits, vegetables, whole grains, lean meats and poultry, fish, nuts and seeds, legumes, and plenty of water. You’ll find lots of meals that includes some of these foods on our Diabetic-Friendly Menu.

But what about popular diets? Are there any that make sense to help control diabetes and support weight loss? Yes. These four diets for diabetics support both goals:

In a study published in Current Diabetes Reports, researchers followed 36 obese adults living with diabetes for two years. They found that people who followed the Mediterranean diet managed insulin levels better, and lost more weight than following other diets.

What’s in the Mediterranean diet? Vegetables, fruits, nuts and seeds, legumes, potatoes, whole grain breads and pastas. And plenty of fish, extra virgin olive oil. Some poultry, eggs, and cheese are OK. Highly-processed foods, or foods and beverages high in sugar are off limits.

It’s no surprise the Low-Carb Diet made the list as an effective eating plan to help you lose weight. It’s been around a long time. But does it make sense for people living with diabetes?

In a recent study published in PLOS One, researchers found that following a low-carb diet helped a group of overweight people with diabetes lose an average of 12 pounds in three months. Researchers also found that 44 percent of people who followed a low-carb diet for three months were able to drop at least one medication prescribed to help manage diabetes.

What would your diet look like if you were a hunter-gatherer a few thousand years ago?

Here’s a hint: You wouldn’t be eating any fast food or microwave meals. Instead, your diet would primarily include fruits, vegetables, lean meats, and fish. That’s the Paleolithic Diet.

In a recent study published in the Nutrition Journal, researchers found that people with diabetes who followed the Paleolithic Diet for three months lost more weight and felt fuller after eating, than people who followed other diets.

If you’re overweight and have diabetes, there’s at least one other way of eating that’s proven to help you tip the scale in the right direction and control blood sugar levels. Following a vegan or vegetarian diet.

In a study published in the Journal of Geriatric Cardiology, researchers followed a group of overweight people with diabetes for 22 weeks. Those who exclusively followed a vegan diet lost an average of 14 pounds, and almost half were able to stop taking at least one medication for diabetes.

Want to lose weight and manage diabetes? Improve your eating habits by following a Diabetic-Friendly diet.