Cooking Methods May Reduce Phosphorus Content in Some Foods

When you require regular dialysis treatments to manage kidney disease, eating a healthy diet is an essential part of your treatment plan. The foods you eat have a major impact on your body's ability, combined with dialysis and medications, to control sodium, potassium, phosphorus and protein.

But just choosing the right foods isn't the only dietary approach to managing your condition. In fact, new research shows that the way you cook your foods can change their phosphorus content too. 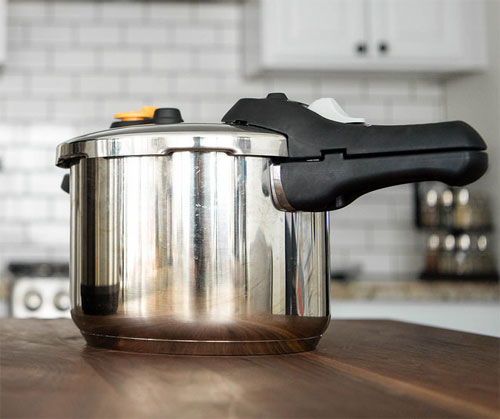 In a study published in the Journal of Renal Nutrition, researchers examined nutrient levels of eight commonly-consumed foods (potatoes, carrots, green beans, chicken, beef and pork, hake fish, pasta, and rice). Before cooking, they identified baseline levels of protein, calcium and phosphorus for each of these foods. Then they cooked the foods using different cooking methods by boiling in water and stewing in oil. After cooking the foods, they measured the nutrient levels a second time.

For most of the foods, cooking didn't have an impact on protein levels. Boiling in water increased the calcium content for most foods. Stewing in oil had the opposite effect and reduced calcium levels in vegetables and chicken. When researchers measured phosphorus levels, they found that boiling in water and stewing in oil to cook the selected foods both reduced phosphorus levels significantly. Specifically, they found that boiling sliced meat in a pressure cooker containing soft water and then discarding the cooking liquid reduced phosphorus levels while leaving calcium levels the same.

In fact, the findings were considered so significant, some hospitals are now using the recommended cooking methods to lower phosphorus content in food prepared for kidney dialysis patients. Researchers also found that soaking meat in cold water one hour before cooking, helped further reduce phosphorus levels.

You can apply the same cooking principles in the kitchen when you make your own meals to lower phosphorus levels in foods. But if you're not always up to the task of cooking, don't worry. All you have to do is choose from the selection of renal diet foods created by MagicKitchen.com made specifically to help you limit sodium, potassium, and phosphorus in your diet.