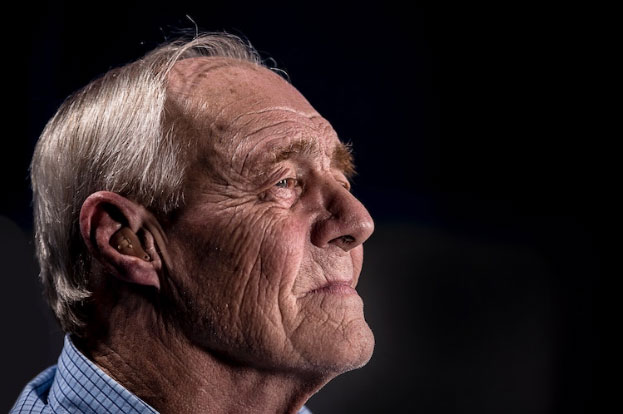 While dietary needs might change as we get older, it’s often assumed that senior citizens require altered sleep needs compared to those who are younger too. However, in actual fact, sleep needs don’t change in adulthood. At any age, those precious 7-9 hours per night are still what’s required to be rested and ready for the day.

Sleep needs don’t change, it just becomes harder for the older generation to acquire the sleep they need! Research published by the National Sleep Foundation established that some 44% of older people have symptoms of insomnia in more than once a week.

Sleep patterns do modify with age though. The deep sleep which is the stage at which we recuperate and reset becomes less common, and this is paired with numerous sleep interruptions that can regularly present themselves in senior member of society.

Experts state that achieving seven to nine hours of sleep still remains fundamental for adults, despite their age. For all adults, sleep is vital to physical and cognitive function and plays a multifaceted role in our overall health.

Older people tend to spend more time in light sleep as opposed to deep sleep which means they don’t go through the vital restorative phase for the body.

The link between insomnia and ageing

There’s been a need for an ever-increasing focus in regard to evaluating and understanding the sleep issues seniors face given that people are living longer than ever before.

In fact, almost half of all people aged 60+ in the US claimed they go through problems with enjoying sound slumber.

We know that sleep is absolutely vital regardless of age, but health professionals and academics are now being able to gather an understanding of the relationships between sleep and ageing and just how essential this is.

The effects that come with insomnia for seniors are often similar to those that can occur in younger adults, only they can be intensified by other coexisting medical conditions that come with age.

Plenty of body/health-associated problems that can have an influence on insomnia in older people have overlapping effects. Our bodies are effectively finely tuned machines, so, if you have a fault in one area, the likelihood is that this will cause an issue in another part of the body, or make an existing issue worse; in this case insomnia.

A vicious cycle or negative feedback loop can then occur with an absence of good sleep intensifying an underlying health condition that itself can make it harder to get a good night’s sleep.

The causes of insomnia in seniors

Did you know that there are two main types of insomnia? One is linked to not being able to fall asleep, which can arise through a number of issues can that are often more prevalent in seniors, such as:

Also, older adults generally take many prescription medications, and some of these can make it harder to fall asleep.

The second type relates to a person’s issues with remaining asleep. One influence contributing to this type of insomnia in older people is the modification of sleep architecture.

As we mentioned, because older adults spend a lesser amount of time in deep sleep, they are more susceptible to disruptions and waking up during the night-time. There is a host of reasons for seniors to experience this, including the following:

Natural rhythms of sleep characteristically assemble in line with alterations to body temperature, therefore, a lowering in thermoregulation may restrict or throw off these cycles making premature waking much more likely.

A range of lots of other medical conditions, from severe issues such as cancer to cardiovascular conditions and depression, can lead to disturbances with sleep, and it’s widely known that numerous conditions like these are more renowned for those in the senior citizen age bracket.

Some disorders often don’t need any kind of treatment due to the fact that they are harmless; you can make lifestyle changes as a way of relieving occasional or milder symptoms if they’re the cause of unwanted disruptions in your life.

Insomnia, for example, is the most renowned form of sleep issue. However, to be confirmed, you must seek an assessment and subsequent treatment advice of the cause (or causes). Some of the more involved sleep disorders may well need treatment by attending a sleep disorder clinic.

Snoring might be harmless, although it can be a warning sign that there’s a more serious medical condition afoot, such as obstructive sleep apnea (OSA).